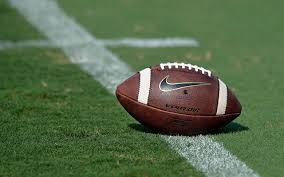 The Buckeyes  beat Indiana Saturday afternoon, 38-17. Ohio state now sits at 5-0, 2-0 and in 2nd place in the B1G East. Despite the 3 TD margin, I felt somewhat dissatisfied with the play. Let me explain:

The 383 total yards was the lowest performance by this unit, season-to-date. This, against an Indiana defense that is ranked 9th in the Conference in yards per game at 375. Ohio State’s performance was marginally better than that of Wake Forest and Ball State against Indiana.

The 21 point margin gave some level of comfort, but it wasn’t achieved until 3:51 remaining in the game.  The 38 points were the lowest season to date, as well.

The 38 point total was OK, but the Buckeyes had two scoring drives of 9 yards and 6 yards. The offense owes some gratitude to the defense and special teams.

J.T. Barrett seems to be in “slow start” mode this season, which is a bit concerning. That may work against the Tulsa’s on the schedule, but probably not as well against some of the upcoming B1G teams.

His passing was atrocious; 9-21-1-93 yards. That’s not good at all. He didn’t look settled, made bad throws (covered receivers) and then some bad throws (off the mark). This was not a good throwing game for JT.

However, his running game was exceptionally good. He had 26 carries for 145 yards (both team leading) and 1 TD. Having said that, there is absolutely no reason in the world for Barrett to run that many times. Ohio State has plenty of quality running backs who should be carrying the ball.

Wait, there is one reason for JT to have that many carriers; piss-poor play calling. I have no idea what Warinner/Beck were trying to accomplish with their play-calling on Saturday, but it ranged from curious, to comical to inept to infuriating. It reminded me of last season’s play-calling comedy of errors.

Indiana came into this game averaging 29 points per game. They ended the game about 2 TD’s shy of that average. To hold a team in the “teens” in scoring will win you a lot of games. This was a nice defensive effort.

The run defense gave up net 99 yards to Indiana, which is about OSU’s season average and 60 yards below Indiana’s average. And yet again, the Buckeye defense has not allowed an opponent a rushing touchdown. The Hoosiers had 8 running plays that began inside OSU’s 10 yard line and were unable to run the ball into the end zone. That’s some damn fine defense.

The pass defense did allow 14-28 for 182 yards, but the secondary (Malik Hooker) did come up with a late interception. Indiana averages over 9 yards per pass attempt; Ohio State held them to 6.5 YPA.  Indiana did have pass plays of 21, 32 and 50 yards, none resulting in a TD. Aside from these three big plays, the Indiana passing attack was held to 3.2 yards per attempt.And this came against the leading passing offense in the Conference. This was a very nice defensive effort.

I need to start with Cam Johnston. He had a (relatively) busy 6 punts for an average of 49 yards per kick. Although the Hoosiers had zero return yards, the one punt that was a touch back diluted the average to 45 yards.

The kick-off team was a bit spotty. Durbin, in 7 kickoffs, had 1 touch-back and 1 snap-hoop out of bounds penalty. Devonte Williams did have a 36 yards return (the left side of the coverage team got obliterated) but otherwise was held to 11 yards per return.

Parris Campbell, and his return team mates sprang a much needed 91 yard return to set up a 6 yard TD “drive” to extend Ohio State’s lead to 24-10 just before halftime.

Jim Harbaugh has established himself as the jackass coach of the B1G. First, I don’t really have any issue with the 78-0 beat-down the Wolverines put on Rutgers. A glance of the box score tells me that damn near anyone on uniform got in the game and made plays against Rutgers. My issue is, at the 12 minute mark in the 2nd quarter, after UM scored their 4th TD of the game, Harbaugh has his team go for a 2-pt conversion. Really, Jim, you thought the game was in doubt and you needed the extra conversion point? You are quite the piece of work; a true Michigan Man.