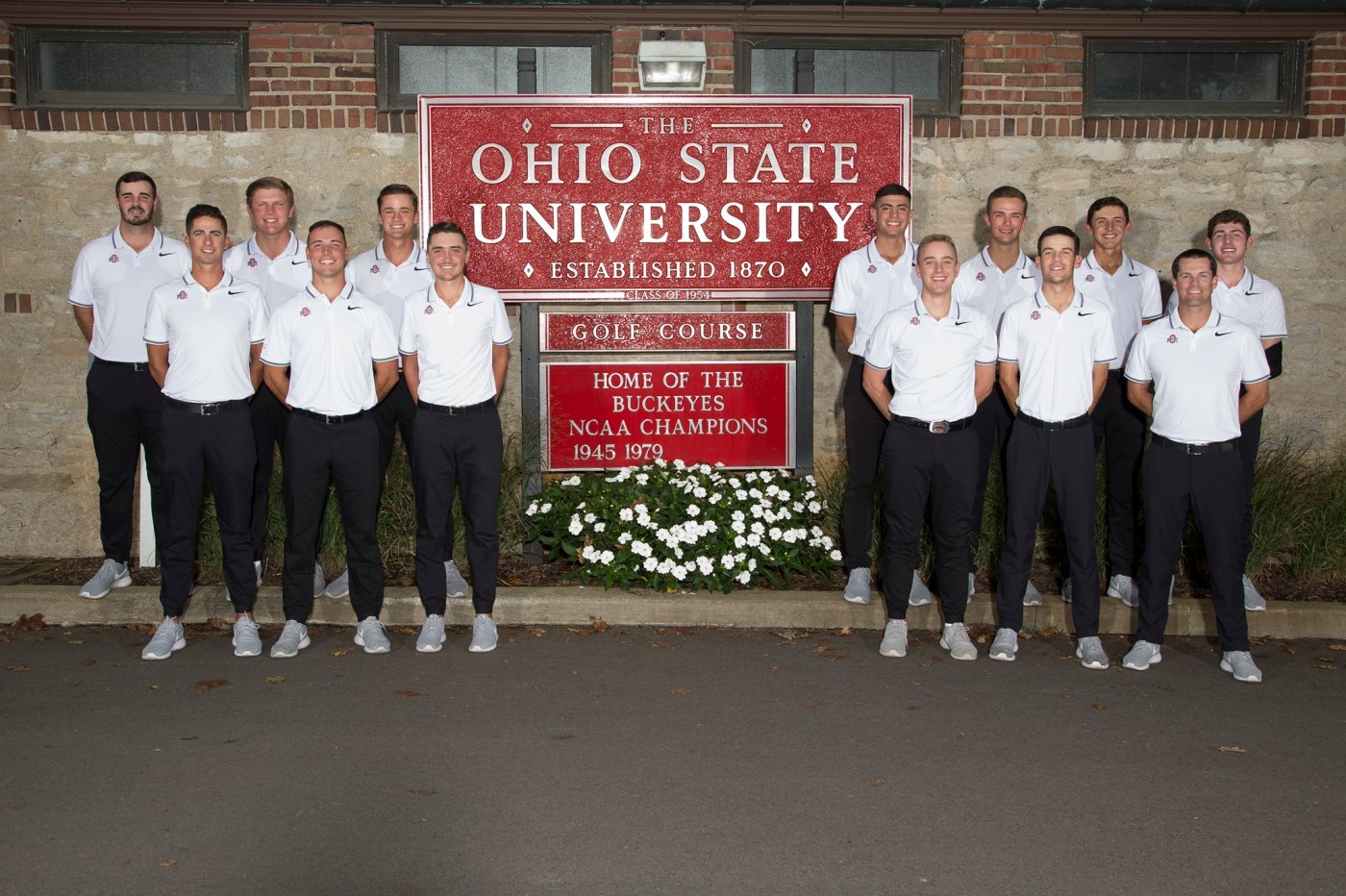 After three matches, Ohio State was 2-1 and tied with Indiana for 3rd place in the East Division. In the Friday matches, Ohio State beat Michigan (5-1) and Maryland (4-2), earning 9 of a possible 12 points. In Saturday’s morning match, abbreviated to 9 holes due to fog, Ohio State lost to Iowa, 6-0.

The Buckeyes that made the trip to Palm Coast were: Josh Wick, Will Grimmer, Daniel Wetterich, Caleb Ramirez, Will Voetsch, Jeg Coughlin III, Caden Orewiler and Kevin Stone.

After wandering around in the fog in the morning round, Ohio State absolutely rolled Minnesota 6-0 to finish 7th in the event.

Josh bounced back from his morning round to take early control over his match with Evan Long.  Josh birdied three of his first five holes to take a 3-up lead. Evan cut the lead to 1-up with four to play, but Josh played the next two holes in -1 to close out the match. In 15 holes of play, Josh was -3.

Will jumped to a 1-up lead over Riley Johnson with a birdie on the first hole of the match and maintained a 2-up lead through 15 holes, before closing out the match by winning the 16th hole. This was a great example of playing just well enough to win. In 15 holes played, Will was -1 for the day.

Daniel birdied two of his first three holes to take an early 3-up lead over Angus Flanagan. After 13 holes, Angus had trimmed Daniel’s lead to 1-up. Daniel responded with 3 consecutive birdies to shut down the match at 3&2. Through the 16 holes of play, Daniel was -1 to par.

Caleb did not play in this match.

In the first 6 holes, Will and Peter Jones exchanged birdies and bogeys to sit with Will at 1-up. Will birdied 2 of the next four holes to extend the lead to 4-up, then parred what would be the final two holes to close out the match 6&4. In the 14 hole holes of play, Will was -1 to par.

Caden did not play in this match.

Kevin was 1-down to Thomas Longbella after 3 holes before stringing 3 consecutive birdies to take a 2-up lead after 6 holes. After 12 holes, Kevin still held a 2-up lead. Three holes later, Kevin was dormie 3 and one hole later it was all over, 4&2. Through 16 holes, Kevin was -1 to par.

With the matches at the 5-7 hole completed status, Ohio State was leading in all six matches.  When the fog cleared/dust settled, the Buckeyes had swept the Golden Gophers. Whatever “inspiration” that coaches Moseley and Smith imparted to the team was taken to heart.prior to this match appeared to have lit up their Foot Joys.

In contrast to the morning round, Ohio State made a lot more birdies and made them earlier in their rounds. The team seemed much more focused in the afternoon matches. At least, that’s what the results reflected.

There were a couple “convincing” individual match wins by Ohio State, both 6&4 and both very different in their dynamics. In Will V’s win, he played solid, even par golf and let his opponent self-destruct. In Jeg’s win, he absolutely buried his opponent in birdies. If you shoot birdies on almost half your holes, you’re going to be extremely tough to beat.

I look at Saturday as somewhat bittersweet. If OSU had played the morning round the way they did the afternoon round, they likely would have finished no lower than 4th in the event, rather than 7th. Another good teaching moment for coaches Moseley and Smith and a good learning moment for the players.

The Buckeyes are back on the course February 18-20 in Rio Grande, Puerto Rico for the Puerto Rico Classic.