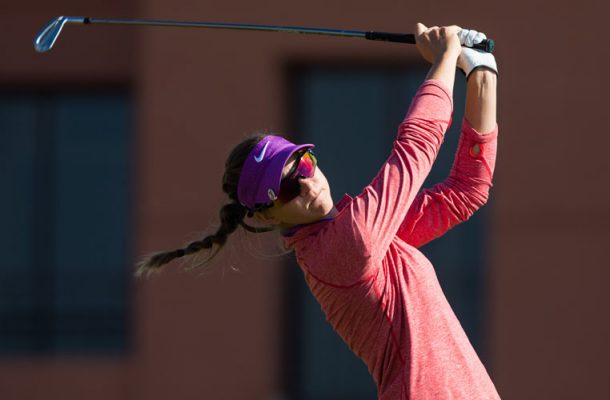 Katja Pogacar was in Gam, Switzerland for the VP Bank Ladies Open. It was another good tournament for Katja.

Statistically, Katja had 10 birdies, 37 pars and 7 bogeys. You’ll notice nothing higher than a bogey. Strokes were not frittered away, which is important when you’re now doing this for a living…

I got in my second round of the season on my home course on Wednesday and it went a bit better than my opening round. The temperature was again comfortable and the conditions were, again, soft and windy.

After 45 years, I thought I’d try a change. I tried a new grip – the overlap vs my “old” interlocking. The results were encouraging and interesting. Observations were:

We’ll try it again next week. Maybe tee it up a couple of times…

Two Buckeyes On Tour will tee it up this coming weekend. Ryan Armour will be in Pontre Verde Beach, FL for The Players. Bo Hoag will be in Knoxville, TN for the, well, Knoxville Open. Stay tuned.