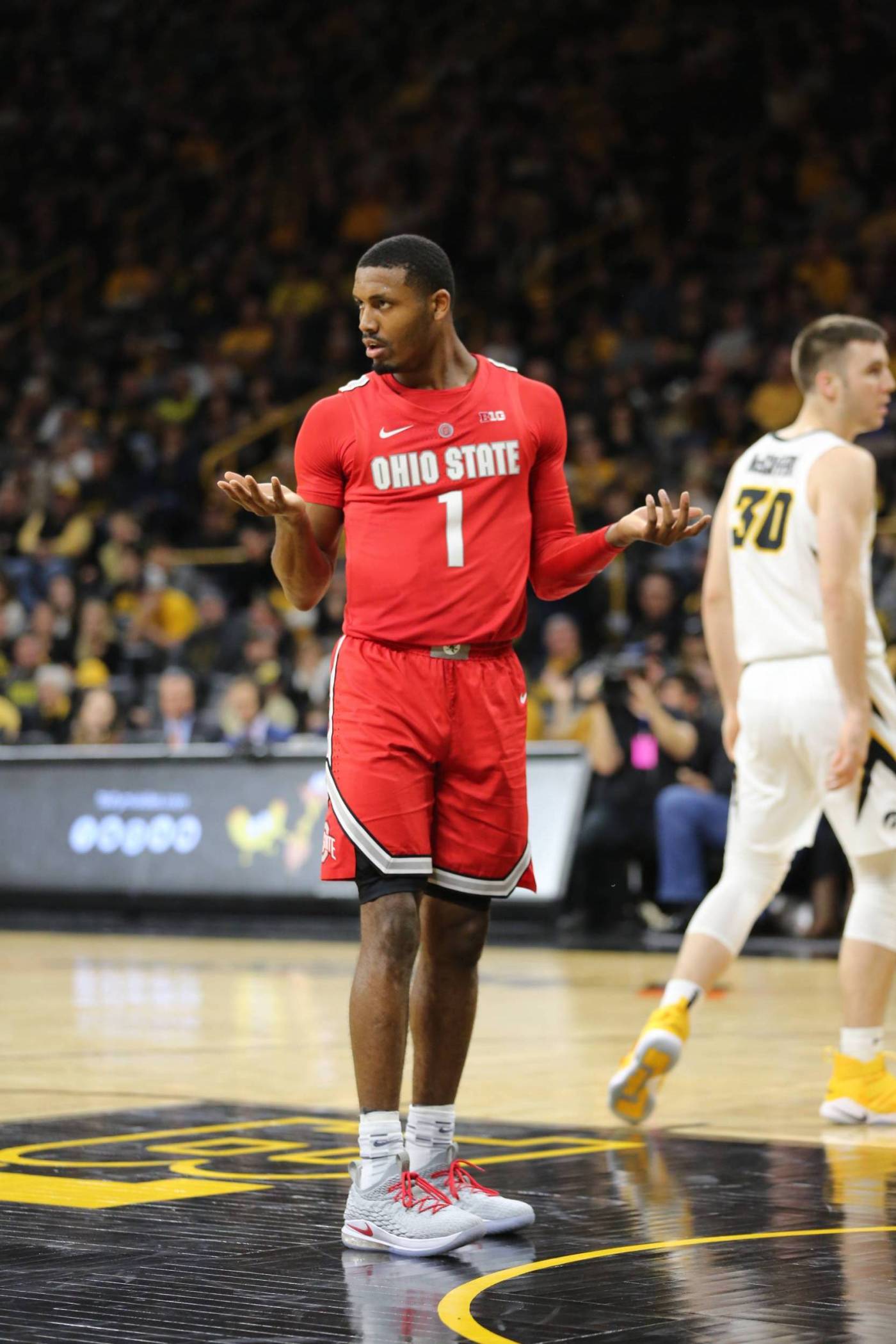 You may recall my wording in the above paragraph is almost identical to how I described the OSU-MSU game. It’s not that I’m lazy this morning while I write this; it’s because it’s the same damn trend of events.

This first half was painful to watch. The teams combined for 36% shooting and 20 turnovers. With a combined 55 FG attempts, turning the ball over 20 times is some pretty bad basketball.

If you an Ohio State fan, things didn’t improve in the 2nd half. They shot 37% on 32 FG attempts and turned the ball over 10 times.

The Buckeyes had two players in double figures. They were Andre Wesson (13 points) and C.J. Jackson (10).  Kaleb Wesson had 6 rebounds. Andre led the Buckeyes with 4 assists.

Justin Ahrens had a good game in his 10 minutes of play. He was efficient shooting, a credible rebounder and had a pretty clean “box score” line. Jaedon LeDee actually wasn’t too bad either in his 19 minutes. He wasn’t afraid to shoot the ball and he rebounded reasonably well.

Their offensive rebounding seems to be improving, which is a good thing since they are missing a lot of shots.

That’s really about it.

Pretty much everything else. Ohio State had the dubious accomplishment of having nearly matching numbers in field goals (22), turnovers (21) and fouls (23).

Second half defense. After a very respectable 1st half (36%, 24 points) the Buckeyes were defenseless in 2nd half, giving up 48 points on 55% shooting. That’s astounding, in a bad way, to give up double the number of points half to half.

The Buckeyes host University of Maryland Friday, January 18th. The game is set to tip-off at 6:30 ET. You can watch the game on FS1 or listen to it on 97.1 The Fan. Or both.

‘*This will be updated after Wisconsin-Maryland game on January 14th.