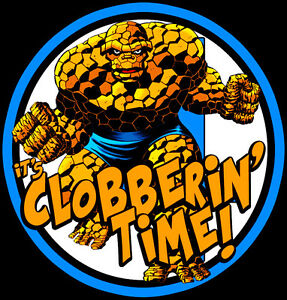 Following the Big 10’s announcement of Junior Center of the 10th ranked Buckeyes, Kaleb Wesson, as player of the week, after his powerful performance against Villanova with 10 points, 11 rebounds, four blocks, and three assists – he’d come out Monday against the Hatters of Stetson delivering 13 points and eight rebounds.

But Kyle Young would be the show on this night. He’d have a double-double; 15 points and 10 rebounds. D.J. Carton joined in on the double figure act – being the 3rd Buckeye to do so, with 10 points.

This was by no means suppose to be a thriller, but in the proclamation of the obvious, a shout-out needs to be extended to the Hatters Freshmen Guard, Rob Perry, who nailed 17 in the mauling. He played gutsy ball and was by any standards the player of the night. He came to play and wasn’t aware that Stetson was supposed to get creamed. He would be 4 for 8 in the three-point range and 5 of 14 with three from the line.

This isn’t about a good performance from the opposition but a tune-up, if you will, for the upcoming battle in the Dean Smith arena on December 4th against the University of North Carolina.

I must confess – I was flipping the channel between the Buckeyes romp of Stetson and the Knicks game – who, my, my, won – against Cleveland 123-105….

…Sorry, this is a Buckeye piece!

T he Buckeyes have now improved to 4-0 while the Hatters are 2-2. Of the notable highlights in this Buckeyes victory, in my mind, was the 20-0 fist half run. In that stretch both Luther Muhammad and Duane Washington, Jr., both sophomores hit a three. But dunks will be the highlight(s) of any reel.

Stetson, certainly as a team did not aid any hope in their mission here, which wasn’t necessarily to win, but to be noticed. Their play was sloppy, not only at the beginning, but throughout (With the exception of Perry). On the opening tip-off they were 1 of 24.

Next up is Purdue Fort Wayne on Friday the 22nd in Columbus, scheduled for 7:00 p.m. tip-off and can be seen on BTN Plus.

Be there. Go Buckeyes.